BHAGAVAN ON HIS SELF-REALIZATION IN MADURAI 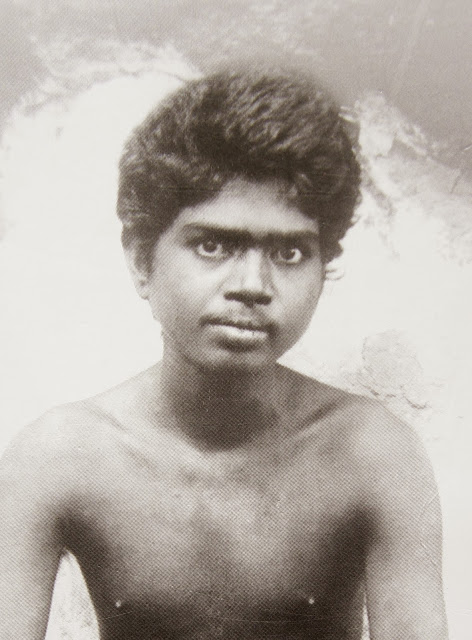 "That fear was only on the first day, that is, the day of the awakening. It was a sudden fear of death, which developed, not merely indifference to external things. It also started two new habits. First, the habit of introspection, that is, having attention perpetually turned on my Self, and second, the habit of emotional tears when visiting the Madurai Temple. The actual enquiry and discovery of ‘Who I am’ was over on the very first day of the change. That time, instinctively, I held my breath and began to think or dive inward with my enquiry into my own nature.

‘This body is going to die,’ I said to myself, referring to the gross physical body. I had no idea that there was any sukshma sarira [subtle body] in human beings. I did not even think of the mind. I thought of the gross physical body when I used the term body, and I came to the conclusion that when it was dead and rigid (then it seemed to me that my body had actually become rigid as I stretched myself like a corpse with rigor mortis upstairs, thinking this out) I was not dead. I was, on the other hand, conscious of being alive, in existence. So the question arose in me, ‘What was this “I”? Is it the body? Who called himself the “I”?’

So I held my mouth shut, determined not to allow it to pronounce ‘I’ or any other syllable. Still I felt within myself, the ‘I’ was there, and the thing calling or feeling itself to be ‘I’ was there. What was that? I felt that there was a force or current, a center of energy playing on the body, continuing regardless of the rigidity or activity of the body, though existing in connection with it. It was that current, force or center that constituted my Self, that kept me acting and moving, but this was the first time I came to know it. I had no idea of my Self before that. From that time on, I was spending my time absorbed in contemplation of that current.

Once I reached that conclusion (as I said, on the first day of the six weeks, the day of my awakening into my new life) the fear of death dropped off. It had no place in my thoughts.

‘I’, being a subtle current, it had no death to fear. So, further development or activity was issuing from the new life and not from any fear. I had no idea at that time of the identity of that current with the personal God, or Iswara as I used to call him. As for Brahman, the impersonal absolute, I had no idea then. I had not even heard the name then. I had not read the Bhagavad Gita or any other religious works except the Periyapuranam and in Bible class the four Gospels and the Psalms from the Bible. I had seen a copy of Vivekananda’s Chicago lecture, but I had not read it. I could not even pronounce his name correctly. I pronounced it ‘Vyvekananda’, giving the ‘i’ the ‘y’ sound.

I had no notions of religious philosophy except the current notions of God, that He is an infinitely powerful person, present everywhere, though worshipped in special places in the images representing Him. This I knew in addition to a few other similar ideas which I picked up from the Bible and thePeriyapuranam. Later, when I was in the Arunachala Temple, I learned of the identity of myself with Brahman, which I had heard in the Ribhu Gita as underlying all. I was only feeling that everything was being done by the current and not by me, a feeling I had had ever since I wrote my parting note and left home. I had ceased to regard the current as my narrow ‘I’. This current, or avesam now felt as if it was my Self, not a superimposition.

While, on the one hand, the awakening gave me a continuous idea or feeling that my Self was a current or force in which I was perpetually absorbed whatever I did, on the other hand the possession led me frequently to the Meenakshi Sundaresa Temple [in Madurai]. Formerly I would visit it occasionally with friends, but at that time [it] produced no noticeable emotional effect, much less a change in my habits. But after the awakening I would go there almost every evening, and in that obsession I would go and stand there for a long time alone before Siva, Nataraja, Meenakshi and the sixty-three saints. I would sob and shed tears, and would tremble with emotion."

Avesa means the mergence or disappearance of the limited self into and becoming identical with Supreme Siva, who is at one with the Adi Sakti.

It is clear from other remarks he made on this subject that Bhagavan initially had no idea what had happened to him in 1896. He is, for example, on record as saying, apropos the death experience, that he initially thought he might have caught some strange disease, but was happy for it to stay since it was such a pleasant one. Having made it quite clear in this account that he knew nothing about God or Brahman, it is not surprising that he grasped at explanations that fitted the rather limited world-view he had acquired as a child and a teenager: possession or a disease. Within a few weeks, however, he understood that 'This is my own Self; this is not something imposed from outside, and it not is not something that is going to come and go.' The avesamof possession moved on to the avesam of Self-abidance.
David Godman

From an unedited account of the Self-realization experience that Narasimhaswami had written in 1930.
Posted by Reinhard Jung at 22:00