SELF-ENQUIRY IN THE MIDST OF EVERYDAY LIFE

One Venkatarama lyer questioned Ramana, in Skandasramam days, whether combining activities and Self-attention is possible.Q: Whichever way one turns, one finds that the mind has to be subdued. We are told it has to be controlled. Can this really be done when on the one hand the mind is an entity not easily grasped and on the other one continues to have worldly worries?Bhagavan: "A person who has never seen an ocean must take a trip to it to know about it. Standing there before the huge expanse of water, this person may wish to bathe in the sea. Of what use is it if, seeing the roaring and rolling of the waves, he were to just stand there thinking, 'I shall wait for all this to subside. When it does, I shall enter it for a quiet bath just inthe pond back home?’ He has to realize either by himself or by being told that the ocean is restless and that
it has been so from the moment of creation and will continue likewise till pralaya (destruction). He will then resolve to learn to bathe in it, as it is.

"He may wade into it and learn to duck under a wave and let it pass over him. He would naturally hold his breath while doing so. Soon he would be g skilled enough to duck at a stretch,wave after wave and thus achieve the purpose of bathing without coming to grief. The ocean may go on with its waves and though in it, he is free from
its grip. So too here."

Paul Brunton has also plied Sri Ramana with questions on this point.

Q: How is it possible to become selfless while leading a life of worldly activities?

A: "There is no conflict between work and wisdom."

Q: Do you mean to say that one can continue all old activities, in one’s profession for instance, and at the same time get enlightenment?

Bhagavan: “Why not? But in that case one will be centered on That, which is beyond the little self.”


The busiest hours will not be different from those earmarked for
meditation. The current generated by association with the energy source in the heart would be the continuous substratum with its overflowing peace and joy.

The habit of externalization of the mind is long ingrained. Till the experience of an inward way of life with its beauty and bliss grows upon one there is need tor steadfast practice. To use Ramana's words "Long cultivated tendencies can indeed be eradicated by long continued meditation". He asks, "Can a man become a high officer by merely seeing such an officer once?... Can a beggar become a king by merely visiting a king and declaring himself one?.... Gradually one should. by all possible means, try always to be aware of the Self. Everything is achieved if one succeeds in this." (S.E.)

During the practice of the Ramana Way one would be in and out of the experience of the natural state and its bliss. Knowledge and ignorance would be intermittent, and co-exist at this transition stage. But as the experience of the power of the Self grows, the mind's capacity to lure one away would weaken. Ramana's purpose would have been
done when all straying ceases, when the mind is merged in its source firmly, without a break, who can describe the joy of such a life?

A traveller on the spiritual journey may wander around on indirect paths, may take detours, but in the end he has to come to self-enquiry and the way of the heart. The individual separated from his roots, from his moorings, from his source, must inevitably get back to this
true home as surely as the restless rain drops rejoin their source, the wean, or the birds return to earth from which they have risen and for a while in the sky.

(Timeless in Time, A.R. Natarajan)
Posted by Reinhard Jung at 07:30 No comments:

TAKE A GOOD LOOK AT YOURSELF ...

"Take a good look at yourself. You are already saved. You are originally Buddha. You are overflowing with happiness and glory. To talk of paradise or heaven is to be talking in your sleep. Take a good look at yourself. Transcend time and space, and you'll see that you are eternal, you are infinite. Should the universe collapse and disappear, you would still be immovable. You are all forms and all formlessness in the universe, the universe itself. You are the twinkling stars and the dancing butterflies－you are everything.

Take a good look at yourself.
All truths are within you. To look for truth outside yourself is to search for water outside of the ocean.

Take a good look at yourself.
There is no death in eternity, but those who don't know themselves worry about death. They fret about it, and they dread it.

Take a good look at yourself.
You are originally pure gold. But because you are blinded by personal profit and greed, you mistake this gold for alloy. Forget your selfishness and use all your energies to help others. If you remove all traces of greed and desire, the Eye of the Heart will open up and you'll see yourself as you really are, as pure gold.

Take a good look at yourself.
Poverty and starvation are superficial realities; the poor and the starving are fundamentally noble and sublime. To feel sorry for people based on superficialities is a grave insult to them. We must learn to respect and serve everyone.

Take a good look at yourself.
This age of rampant materialism is harming you. You are the ocean itself, yet you are paying attention only to the spray from the waves. Dwell on the ocean, not on the spray.

Take a good look at yourself.
The Buddha did not appear in this world to save us. He came to teach us that we are already saved, originally saved. What a tremendous joy it is for us to live with this Truth－so let's all bless everything together!" 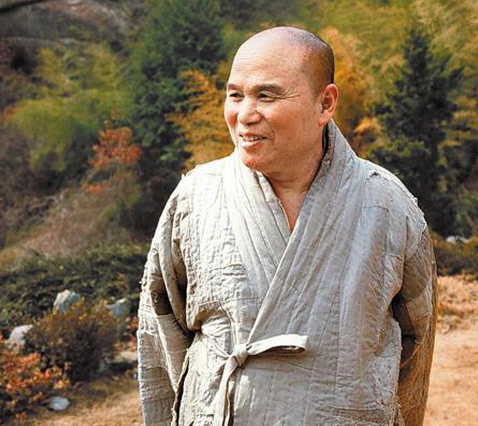 Seongcheol was widely recognized in Korea as having been a living Buddha, due to his extremely ascetic lifestyle, the duration and manner of his meditation training, his central role in reforming Korean Buddhism in the post-World War II era, and the quality of his oral and written teachings.[1]

Seongcheol also set a clear benchmark that the practitioner could apply to gauge his level of practice. Throughout his life, many followers came to him to obtain acknowledgement of their enlightenment. He was dismayed at the number of people who thought they had attained perfect enlightenment by experiencing some mental phenomenon during their practice.

He therefore reiterated that every enlightened person from the Buddha and on had asserted the same definition of what enlightenment is. True attainment, he quoted, came only after going beyond the level of being able to meditate in deep sleep. Only after being able to meditate on a gong'an
(jap. koan) continuously, without interruption, throughout the waking state, then the dreaming state, and finally in deep sleep, one reaches the state where enlightenment can become possible.

Before any of this, one should never claim to have become enlightened, even though there may be many instances of weird mental phenomena that happens during one's practice. The levels he identified were:

In the waking state, one mind: the state where the practitioner can meditate on a gong'an continuously throughout the day without interruption, even through talking and thinking.

In deep sleep, one mind): the state described above, where the practitioner can meditate on a gong'an continuously through even the deepest sleep.

In death, attain life: from the previous state where all thoughts are overtaken by the gong'an (therefore, the practitioner is considered mentally "dead"), the moment of attaining enlightenment, that is, "life."

Great, round, mirror-like wisdom: the state of perfect enlightenment, using the analogy of the bright mirror for the great internal wisdom that comes forth during enlightenment. The final state where the practitioner loses the sense of self, is liberated from his karma, and therefore, all future rebirths.

Posted by Reinhard Jung at 00:12 No comments:

THE MOON IN A DEWDROP 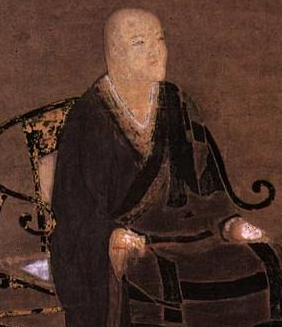 Enlightenment is like the moon reflected on the water. The moon does not get wet, nor is the water broken. Although its light is wide and great, the moon is reflected even in a puddle an inch wide. The whole moon and the entire sky are reflected in dewdrops on the grass, or even in one drop of water. Enlightenment does not divide you, just as the moon does not break the water. You cannot hinder enlightenment, just as a drop of water does not hinder the moon in the sky. The depth of the drop is the height of the moon. Each reflection, however long or short its duration, manifests the vastness of the dewdrop, and realizes the limitlessness of the moonlight in the sky.Dogen Zenji (1200 - 1253)
Posted by Reinhard Jung at 00:18 1 comment: