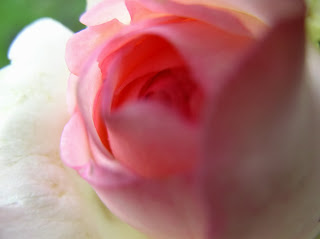 HE WHO CAN OPEN THE BUD DOES IT SO SIMPLY

THE JOURNEY OF REDFIN CARP

There once was a denizen of the Eastern Sea, Redfin Carp by name. He was endowed with an indomitable spirit and unbending integrity, a figure of immense stature among his fellow fish. He was constantly bemoaning the fate of his comrades. "How many untold millions of my brethren proudly swim the vast ocean deeps. They entrust themselves to its boundless silver waves, glide up and down among the swells, sport in the seaweed and kelp. Yet countless of them are taken by baited hooks and caught in nets. They wind up on a chopping block where they are sliced and cooked to fill the bellies of those in the human world. Their bones are cast away and mingle in the dust and mire. Their heads are thrown to the stray dogs. Some are dried or salted for inland markets, to be exposed in stalls and shopfronts for all to see. Not a single one finishes out his natural span. How sad is the life of a fish!"

With these sad musings there came a great welling of spirit in Redfin Carp's breast. He pledged a solemn vow. "I shall swim beyond the Dragon Gates. I shall brave the perilous bolts of fire and lightning. I shall transcend the estate of ordinary fish and achieve a place among the sacred order of dragons, ridding myself forever of the terrible suffering to which my race is heir, expunging every trace of our shame and humiliation."

Waiting until the third day of the third month, when the peach blossoms are in flower and the river is full, he made his way to the entrance of the Yu Barrier. Then with a flick of his tail, Redfin Carp swam forth.

You men have never laid eyes on the awesome torrent of water that rolls through the Dragon Gates. It falls all the way from the summits of the far-off Kunlun Range with tremendous force. There are wild, thousand-foot waves that rush down through perpendicular gorges towering on either side, carrying away whole hillsides as they go. Angry thunderbolts beat down on all sides with a deafening roar. Moaning whirlwinds whip up poisonous mists. Funnels of noisome vapor spit flashing forks of lightning. Even the mountain spirits are stunned into senselessness; the river spirits are limp with fright. Just a drop of this water will shatter the carapace of a giant tortoise break the bones of a giant whale.

It was into this maelstrom that Redfin Carp, his splendid golden-red scales girded to the full, his steely teeth thrumming like drums, made a direct all-out assault. Ah! Golden Carp! Golden Carp! You might have chosen an ordinary life out in the boundless ocean. It teems with lesser fish. You would not have gone hungry. Then why? What made you embark on this wild and bitter struggle? What was waiting for you up beyond the Barrier?

After being seared by cliff-shattering bolts of lightning, after being battered by heaven-scorching blasts of thunderfire, his scaly armor burned from head to tail, his fins singed through, Redfin Carp suddenly died the Great Death, and rose again as a divine dragon - a supreme lord of the waters. Now, with the thunder god at his head and the fire god at his rear, flanked right and left by the gods of rain and wind, he moved at will with the clouds clutched in one hand and the mists in the other, bringing new life to the tender shoots withering in long-parched desert lands, keeping the true Dharma safe amid the defilements of the degenerate world.

Had he been content to pass his life like a lame turtle or blind tortoise, feeding on winkles and tiny shrimps, not even all the effort Vasuki, Manasvi and the other Dragon Kings might muster on his behalf could have done him any good. He could never have achieved the great success that he did. What do I mean by "blind tortoise"? One of the current crop of sightless, irresponsible bungler-priests who regard koan as nonessential and the Zen interview (sanzen) as expedient means on the part of the master. While even such men are not totally devoid of understanding, they are clearly standing outside the gates, whence they peer fecklessly in, mouthing words like, "The self-nature is naturally pure, the mind-source is deep as an ocean; there is no samsaric existence to be cast aside, there is no nirvana to be sought. It is a sheer and profound stillness, a transparent mass of boundless emptiness. It is here that is found the great treasure inherent in all people. How could anything be lacking?"

Ah, how plausible it sounds! All too plausible. Unfortunately, the words they speak do not possess even a shred of strength in practical application. These people are like snails. The moment anything approaches, they draw in their horns and come to a standstill. They are like lame turtles, pulling in their legs, heads, and tails at the slightest contact and hiding inside their shells. How can any spiritual energy emerge from such an attitude? If they happen to receive a sally from an authentic monk, they react like Master Yang's pet crane, who couldn't even move his neck. There's no difference between them and those fish who lie helpless on the chopping block, dying ten thousand deaths in their one life, their fate - whether they are to be sliced and served up raw or carved into fillets and roasted over hot coals - entirely in the hands of others. And throughout their ordeal they haven't the strength even to cry out. Can people of this kind be true descendents of the great Bodhidharma? They assure you that there is "nothing lacking." But are they happy? Are their minds free of care?
Posted by Reinhard Jung at 00:18 1 comment:

“I am the absolute Truth” , Ana’l-haqq was the expression of his direct experience. Al-Hallaj was born around 858 in Fars province of Persia to a cotton-carder (Hallaj means "cotton-carder" in Arabic). His grandfather was a Zoroastrian.[3] His father lived a simple life, and this form of lifestyle greatly interested the young Al-Hallaj. As a youngster he memorized the Qur'an and would often retreat from worldly pursuits to join other mystics in study. He later married and made a pilgrimage to Mecca, where he stayed for one year, facing the mosque, in fasting and total silence. After his stay at the city, he traveled extensively and wrote and taught along the way. He traveled as far as India and Central Asia gaining many followers, many of whom accompanied him on his second and third trips to Mecca. After this period of travel, he settled down in the Abbasid capital of Baghdad.


During one of these trances, he would utter أنا الحق Anā l-Ḥaqq "I am The Truth, " which was taken to mean that he was claiming to be God, since


al-Ḥaqq "the Truth" is one of the Ninety Nine Names of Allah. In another controversial statement, al-Hallaj claimed "There is nothing wrapped in my turban but God, " and similarly he would point to his cloak and say, ما في جبتي إلا الله Mā fī jubbatī illā l-Lāh "There is nothing in my cloak but God." This type of mystical utterance is known as shath.


Statements like these led to a long trial, and his subsequent imprisonment for 11 years in a Baghdad prison. He was brutally publicly executed on March 26, 922.

Those authorities that killed this great saint and mystic did not understand the utmost humility out of which this statement, 'I am the Truth', or 'There is nothing but Allah under this turban'. It was not self-aggrandizement but a complete freedom from ego. A parallel to the crucification of Christ: the same anger and hatred of the religiously powerful priests against a messenger of Truth because they felt threatened and challenged. What a shame!

Ana'l -Haqq - I am the Truth.  (this is the saying which apparently earned al-Hallaj his martyrdom - al Haqq also means God)
You know and are not known; You see and are not seen. (Akhbar al-Hallaj 44, 1.4)
Your Spirit mixed with my Spirit little by little, by turns, through reunions and abandons. And now I am Yourself, Your existence is my own, and it is also my will. (Diwan al-Hallaj)
I find it strange that the divine whole can be borne by my little human part, Yet due to my little part's burden, the earth cannot sustain me. (Akhbar al-Hallaj, 11)
I have seen my Lord with the eye of my heart, and I said: "Who are You?" He said:"You." (Diwan al-Hallaj, M. 10)
I do not cease swimming in the seas of love, rising with the wave, then descending; now the wave sustains me, and then I sink beneath it; love bears me away where there is no longer any shore. (Diwan al-Hallaj, M. 34)

Someone asked Hallaj: “What is love?” 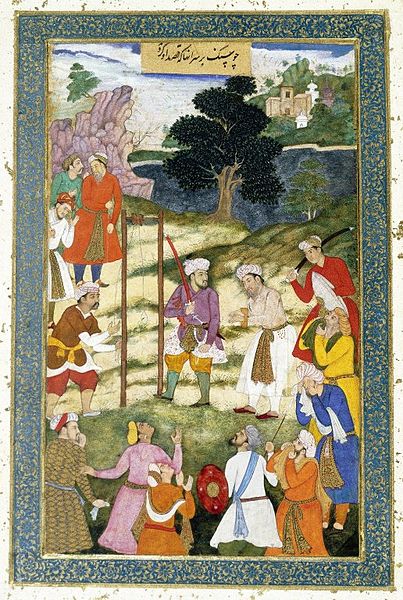 He answered: “You will see it today and tomorrow and the day after tomorrow.”
On that day they hacked off his hands and feet. The next day they hanged him and on the third day they strew his ashes into the wind.

Someone asked Hallaj: “Please  point out the Confession of Unity to me.”
He answered: “The confession of Unity is beyond words so that you could pronounce it.” …
Then he added with reddened face: “Should I summarize it for you?”
“Yes, please.”
He said: “He who explains God to be One has added already something upon Him.”

“No one can reveal God as One except God Himself and no one knows the true Confession of Unity but the messenger of God. When a man talks about the Oneness of God he actually confirms only himself and practices idolatry. When He reveals Himself through my tongue then He is Himself and it is only His revelation.”

In my heart all thoughts
revolve around You,
my tongue speaks but about my love
to You.
If I turn towards east
You radiate from east towards me.
If I turn towards west
You rise there before my eyes.
If I look above
You are still higher,
If I look down
You are the everyplace here.
You are giving place to all
but You are not its place.
You are the whole,
but not transient as we are.
You are my heart, my conscience,
You are my thought, my mind,
the rhythm of my breath.
You are the knot of my heart.