A MOMENT OF PRACTICE

In each given moment you can observe two factors in your experience: first a beingness, and second a mental element, thoughts, emotions, whatever it is.
As soon as you are aware of Being along with thinking a natural shift occurs all by itself. This I call a 'moment of practice'. It is the subtle contrast of the stillness that acts, not a mere intellectual discrimination. If we are consistently following this track it will gain strength and purity. That is all what is needed! 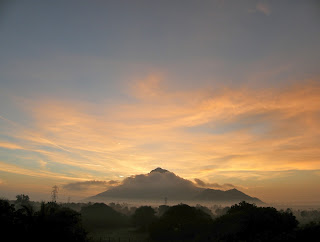 -RJ
Posted by Reinhard Jung at 21:08 6 comments: Links to this post

"Liberation is another name for you. It is always here and now with you.
It has not to be won or reached hereafter or somewhere.
Christ has said, “The Kingdom of God is within you” here and now.
You have no death."
- Day by Day with Bhagavan 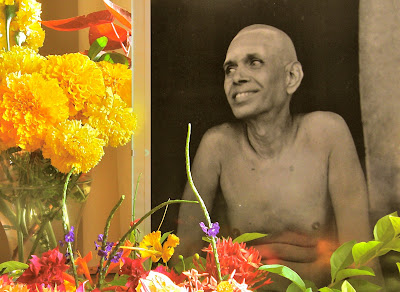 Posted by Reinhard Jung at 04:49 2 comments: Links to this post

ONE STATE - independent of Waking, Dreaming and Sleep

Q: What happens to the consciousness of a realized one in sleep?

M: Such a question arises only in the minds of the unrealized.
A jnani has only one state, which is unbroken throughout the 24 hours, whether in what you call sleeping or waking.

As a matter of fact, the majority of people are asleep, because they are not awake to the Self.

In the deep sleep state we lay down our ego, our thoughts and our desires. If we could only do all this while we are conscious, we would realize the Self.

The best form of dhyana or meditation is when it continues not merely while awake, but extends to dream and deep sleep states. The meditation must be so intense that there is not even room for the idea, 'I am meditating.' As waking and dreaming are fully occupied by the dhyana of such a person, deep sleep may be considered to be part of the dhyana. 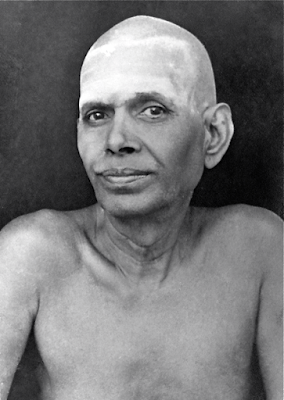 Posted by Reinhard Jung at 07:10 3 comments: Links to this post

Truly there is no cause for you
to be miserable and unhappy.
You yourself impose limitations on your true nature of
Infinite Being, and then weep that you are
but a finite creature.
Then you take up this or that sadhana to transcend the non-existent limitations.
But if your sadhana itself assumes the existence of such limitations ,
how can it help you to transcend them?
Hence i say, know that you ARE really infinite, pure BEING -the Self absolute.
The only way to get rid of your grief is to know and be the Self.
How can this be unattainable?
- Maharshi's Gospel 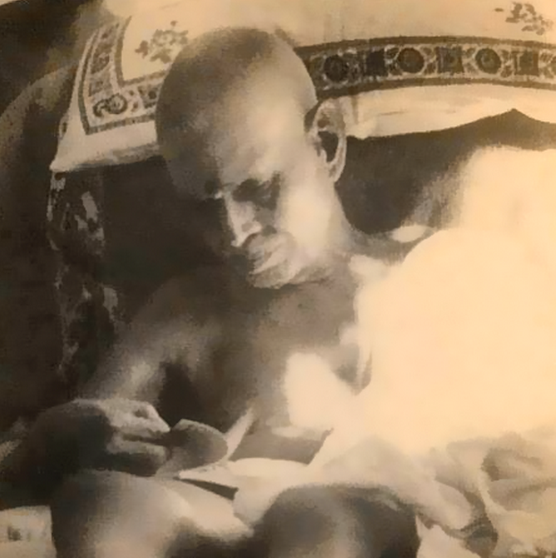 Posted by Reinhard Jung at 23:55 2 comments: Links to this post

Someone wrote,"Ramana was an ordinary human being. Why not take him at his word? He was a mountain of common sense in a sea of superstition...."
I answered: To call him equal is a judgement also. How do we know? Better than all conclusions is to look at facts. An ordinary human being is usually unable to radiate such a power of peace that was felt by animals and human beings alike so that they forgot their former state of mind and felt at home.
Monkeys came and were tame, asking him to arbitrate their conflicts. Human beings came and some received enlightenment, also a spark that average, ordinary beings don't radiate. So we must be careful not to put our conclusions and make him according to our likings.
Any image of God or guru is self-fabricated. Some belittle the great ones to express their desire to be equal to them. Others put them on an imagined high pedestal to feel great with the idea to have a great guru. Best is to follow Bhagavan's teachings to go to the root of mind and realize TRUTH. That was the only thing he asked us to do. The Old Testament says, 'Don't create an image of God'. That is advaitic teaching. All images, big or small are only ego images. That is why Africans venerate black gods.
On the other hand: images have their place. The can be a door to the formless. Who are we to judge others?

A devotee named Amritanatha Yati wrote on a paper a Malayalam verse imploring Bhagavan to say whether he was Hari (Vishnu) or Sivaguru (Subrahmanya) or Yativara (Siva) or Vararuchi. Bhagavan wrote his reply in the same Malayalam metre on the same paper. A translation of it is given below.
In the recesses of the lotus-shaped Hearts of all, beginning with Vishnu, there shines as pure intellect (Absolute Consciousness) the Paramatman, who is the same as Arunachala Ramana. When the mind melts with love of Him, and reaches the inmost recess of the Heart wherein He dwells as the beloved, the subtle eye of pure intellect opens and He reveals Himself as Pure Consciousness. 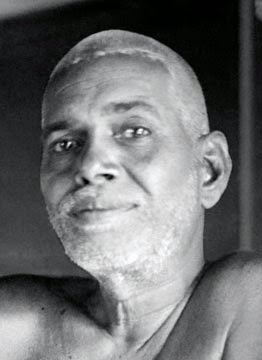 Posted by Reinhard Jung at 12:35 No comments: Links to this post 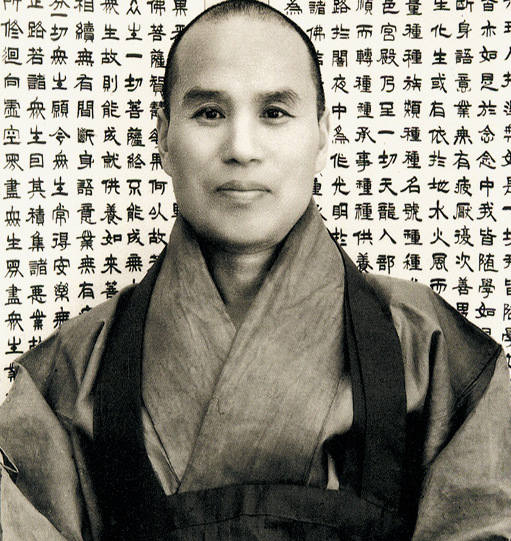 There is One Thing - It existed before the earth and skies came into being, and it will exist long after they all have disappeared. The heavens and earth could appear a thousand times and be destroyed ten thousand times, but this One Thing would not change at all.
This One Thing is incomprehensibly huge. The entire universe is
just a spray of water in comparison to this ocean.
This One Thing is incomparably brighter than a trillion billion suns and moons, and it constantly lights up everything. This absolute Great Light is beyond light and dark, and yet it lights everything that exists.
This One Thing is beyond description, beyond discrimination, and
it is absolute. But even the term "absolute" is entirely inadequate to describe it. To call it "One Thing" is to lie, because "One Thing" is only a name, and a terribly inadequate name. All Buddhas of the universe could spend eternity describing it, but such an effort would be insignificant. If you were to become enlightened, then you yourself would know;
but you would never be able to explain it to anyone.
This One Thing is called "Buddha" by those who have become enlightened. It is beyond the agony of life and death, and those who know it become free-flowing for the rest of eternity. But those who have not become enlightened to this One Thing continue to struggle and suffer in the sea of life and death, in the everlasting cycle of the four forms of birth and the six realms of sentient existence.
Even the tiniest form of life includes this One Thing. Both an enlightened Buddha and an unenlightened ant possess it. The only difference between them is that one knows it and the other doesn't.
It is so brilliant and astounding that even the Buddha and Bodhidharma cannot look at it when they raise their eyes. They can open their mouths, but cannot describe it. They and all our other Zen patriarchs become merely blind and mute in the face of it.
All one can do is to become enlightened to it, and then become totally free-flowing in it.
Tong Songchol (1912~1993), one of the great Zen masters in the last century was also called the Living Buddha of Korea.
Posted by Reinhard Jung at 01:52 4 comments: Links to this post

Bhagavan sometimes told this story to characterize the mind of a true devotee:
When a sparrow was flying, holding its egg in its beak, the egg slipped and fell into the ocean. The sparrow, anxious to retrieve it, repeatedly dipped itself in the ocean, sucked some water through its beak, came to the shore, released the water and fanned its wings. The sage Narada who was passing that way saw this action of the sparrow, enquired, and came to know the reason.
‘You stupid sparrow! Is this something you can accomplish?’ said Narada.
The sparrow replied, ‘I don’t care whether it is possible or not. If I persevere tenaciously, beyond that it is in God’s hands.’
Narada, delighted with its faith, went to Garuda and told him everything.
Then he said, ‘A creature belonging to your bird tribe is exerting itself with so much faith. Is it proper for you to keep quiet? Can you not help?’
After hearing this story Garuda flew quickly to the sparrow. As soon as he flapped his wings there, all the waters of the ocean separated into two, leaving the egg of the sparrow visible. The sparrow immediately picked it up in its beak and flew away. 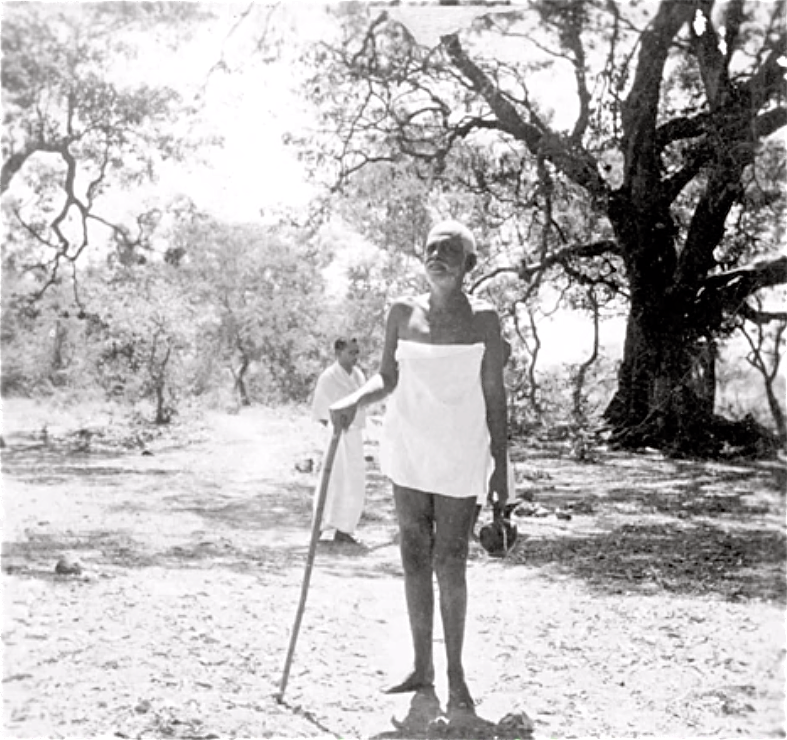 NEVER LEAVE OFF YOUR PRACTICE UNTIL THERE IS ILLUMINATION When you wash your clothes, you have to apply soap.
It is, of course, true that the clothes will not be clean unless the soap is rinsed off again. But can dirt be removed without soap? The thought of God is the soap that in the end has to be washed away by the purifying waters of the Ganges of Supreme Knowledge.Don't worry about results.
In business, you give and you get something in return. This is called a bargain, but it is no real gain. If you adopt this sort of mercenary attitude, you will not get anywhere. Never leave off your practice until there is Illumination. You must be adamant in your pursuit. The remembrance of God is like a flame. In whichever direction it is blown, it will burn up whatever lies in its way.

According to your actions you will reap the fruits. No effort is ever wasted. Good works and bad works will yield their harvest in great abundance - for He is extremely generous. Perhaps you will argue: "I want to be a king, but my wish is not granted." You get exactly what is due to you - nothing less and nothing more.

The student was silent. 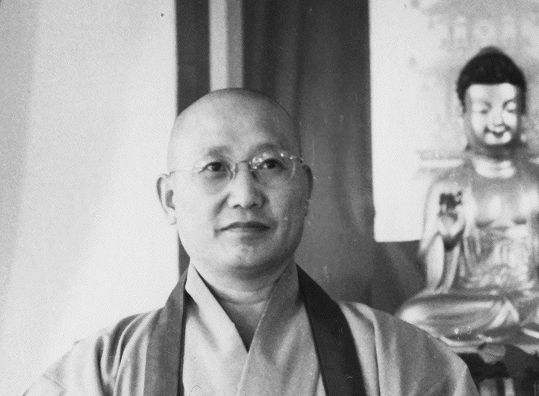